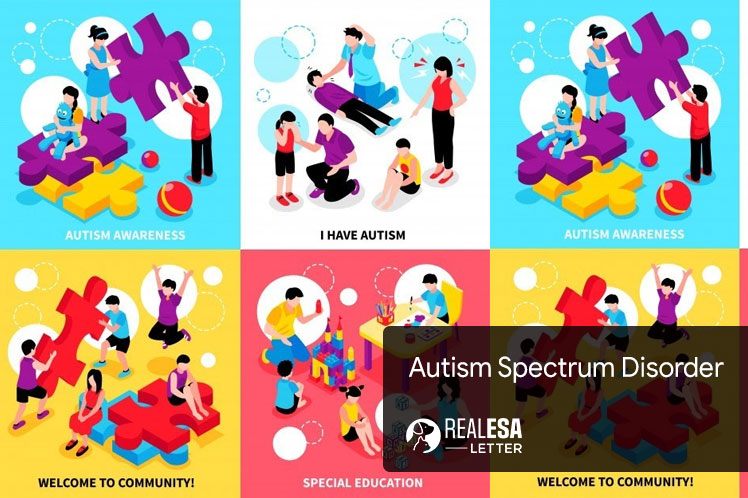 Autism or autism spectrum disorder (ASD) is one of the mental disorders that causes impairment in interacting or communicating. It impacts the nervous system, which results in having difficulty in nonverbal communication, speech, and repetitive behavior.

In this article, you’ll get to know about the causes, symptoms, types, and treatments for autism.

Autism means a developmental disorder characterized by difficulty in communication, speech, social interaction, or repetitive behavior and thoughts. It is associated with the maldevelopment of the neural system, which results in abnormal brain function. It causes significant impairment in important areas of life.

“It is a severe neurodevelopmental disorder that causes impairment in the ability to interact or communicate.” 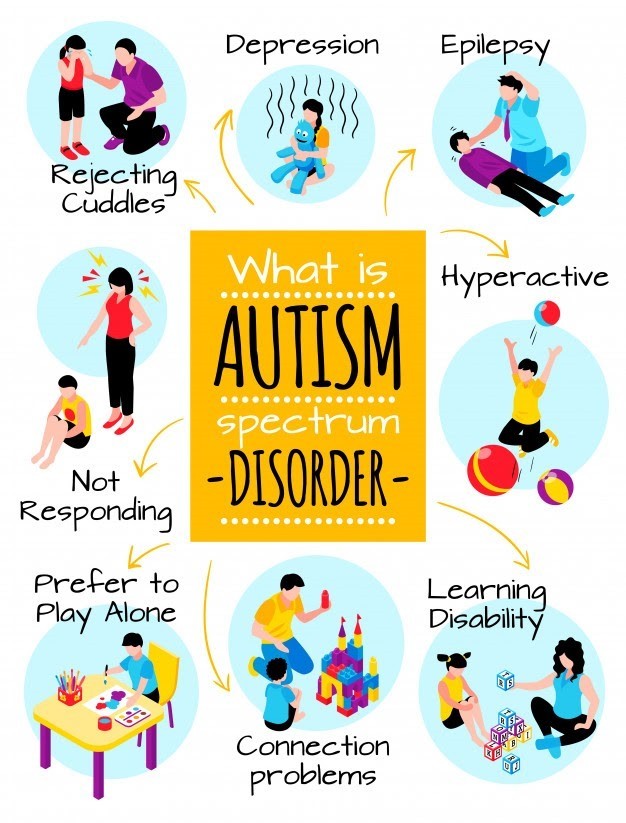 According to the Center for Autism and Related Disorder (CARD), it affects 1 in 54 children in the United States. CARD is the world’s biggest autism treatment organization, founded in 1990by Doreen Granpseeheh. This organization provides several services for children and adults with autism.

The word autism is the English meaning of the Latin word “autismus.” It is derived from the Greek word “autos,” meaning “self.” It refers to morbid self-admiration, which means the autistic withdrawal of a person to his fantasies.

Long before autism was named, many symptoms and treatments were described. The Table Talk of Martin Luther was based on a severely autistic 12 years old boy story. Luther thought that the boy was a soulless mass of flesh possessed by the devil.

In 1747, Hugh Blair of Borgue, the first well-documented case of autism, was reported. Another case of a feral child, the Wild Boy of Aveyron, was reported in 1798. The boy has shown several autism signs. They were treated by a behavioral program designed to teach them to form social attachments.

Swiss psychiatrist Paul Eugen Bleuler first coined the term autism in 1911. He used this term to describe schizophrenia patients who were self-absorbed and withdrawn. In 1943, Dr. Leo Kanner, an American psychologist, published a paper. In his report, he described eleven brilliant children who want to be alone all the time. Leo described this condition as “an obsessive insistence on persistent sameness” and named it “early infantile autism.”

In 1944, Hans Asperger, a german scientist, worked with a group of intelligent boys who had difficulty in social interactions. Those boys take an interest only in the things they were obsessed with. Hans named this mild autism Asperger syndrome.

Research on twins was conducted in 1977. It found that autism is mostly caused by genetics and biological differences in brain development.

Finally, in 1980, the Diagnostic and Statistical Manual of Mental Disorders (DSM) officially separated “Childhood Schizophrenia” from “Infantile Autism.” In 1987, The DSM replaced “Infantile Autism” with “Autism Disorder” and introduced a diagnostic criteria checklist. In 1994, the DSM included Asperger Syndrome to include the mild autism in which high functioning autism diagnosis was involved.

A debate regarding the MMR vaccine causing autism began in 1998, which was quickly debunked. Later in 2000, the vaccine manufacturers removed the preservative thimerosal from all childhood vaccines. It was done because of the public fear regarding vaccines causing autism.

A debate regarding the MMR vaccine causing autism began in 1998, which was quickly debunked. Later in 2000, the vaccine manufacturers removed the preservative thimerosal from all childhood vaccines. It was done because of the public fear regarding vaccines causing autism.

In 2009, the Center for Disease Control and Prevention (CDC) estimated that 1 in 110 children experiences autism. And finally, in 2013, the DSM-5 has unfolded all the subcategories into one umbrella of “Autism Spectrum Disorder (ASD).” They defined ASD by two categories: repetitive or restricted behavior and impaired social communication and interaction. 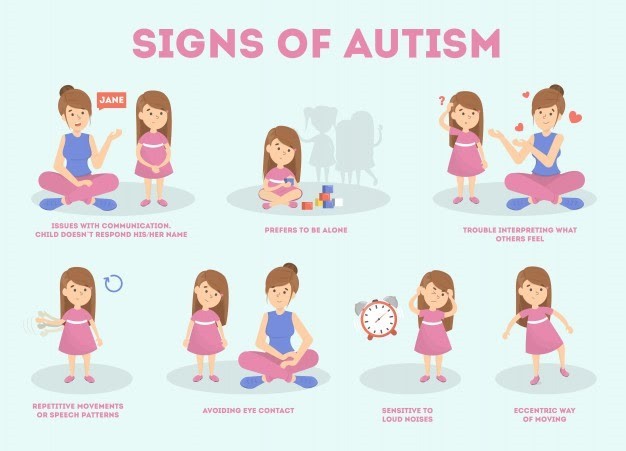 The early signs of autism are impairment in emotional, social, and communication skills. People with ASD may repeat specific behavior or might act strange. Symptoms of autism are different in different people and usually begin during early childhood and last throughout life.

Signs of autism in babies and adult are:

The exact cause of autism is still unknown, but it is believed that genetic disorders and environmental factors are involved. However, there may be many factors that cause autism, and they are:

Most scientists believe that genes play a significant role in the development of autism in a person. The risk of autism begins before, during, or immediately after birth. Autism has continued to be a paramount public health concern.

The diagnosis of ASD is difficult since the exact cause is still unknown, and there is no autism test. Medical tests like a blood test or any other test for diagnosing the disorder are not available. The only autism diagnosis is to look at child development or an adult's behavior.

The early symptoms of autism usually begin during childhood so that it can be detected at earlier ages. The diagnosis in children and adolescents can sometimes be made at 1.5 years or younger. Moreover, by the age of 2, a reliable diagnosis can be made by a professional.

However, sometimes a final diagnosis cannot be made until a much older age. This delay in diagnosis means the autistic child might not get the early help he needs. Therefore, timely evaluation, screening, and monitoring of ASD are essential. It is to ensure children get the help they require to reach their full potential.

The following steps are involved in the diagnosis process:

Currently, there is no cure for ASD. However, researches have shown that a child’s development can be improved by early intervention treatment services. These services help children from birth to 3 years old learn essential skills. These services include:

These early interventions may reduce the symptoms and help children to function and participate in the community. These services also improve daily living skills and cognitive abilities. However, ASD affects each person differently, so the treatment plans are usually multidisciplinary.

The type of treatment a child gets totally depends on the child’s individual needs. There are various autism treatments, and they include:

All these treatments aim to reduce the symptoms and improve the child’s development and learning. 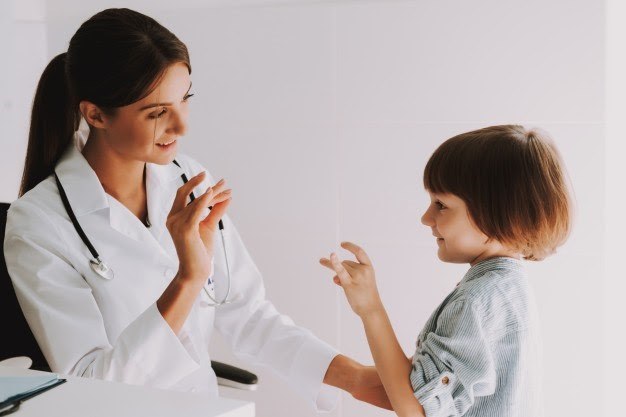 The national research council and AAP defined the behavior and communication treatment as an organization, structure, and direction for the child. These approaches include:

There is no specific medication or vaccines for the cure of ASD. However, some medicines can help people function better and reduce symptoms like insomnia, seizure, and depression.

The medication may also help in managing high energy levels, self-injury, and behavioral reactivity. However, the medicine may not affect all people with ASD in the same way. Many studies showed that drugs work best when combined with different therapies.

For the treatment of children with ASD, Food and Drug Administration (FDA) only approved Risperidone medicine. It can be prescribed to 5-16 years old children to help them with irritability.

However, doctors might prescribe some other medicines in particular cases, including stimulants, anti-anxiety medication, and selective serotonin reuptake inhibitors (SSRIs). But these drugs are not approved by the FDA for the treatment of ASD.

When a child is on medication, he should be closely observed to monitor medication’s progress and reactions. It is important to ensure that the negative side effects of the drug do not outweigh the benefits. 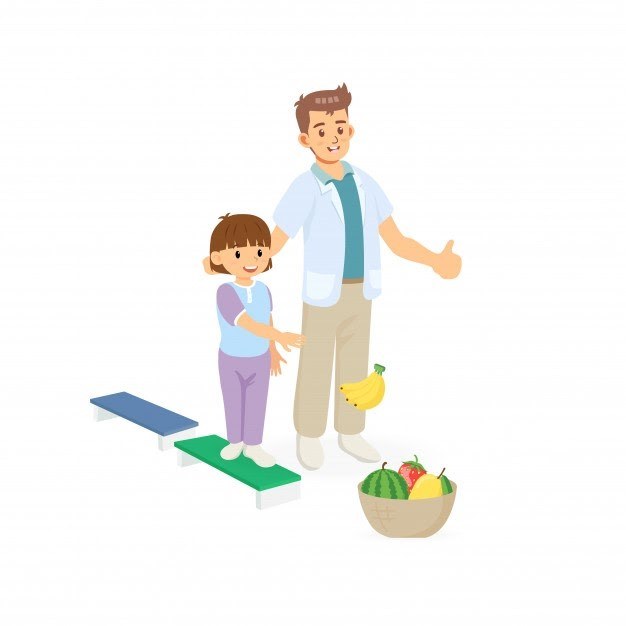 There is no specific diet recommended by the experts for children with ASD, but getting proper nutrition is important. Autistic children usually restrict their diet, or parents eliminate some things to see if they help reduce the symptoms.

However, this is not the right approach, as every food item has its benefits and is essential for proper nutrition. Thinner and weak bones are very common in children with ASD, so bone-building foods should be included in the diet.

Over the years, many dietary treatments have been designed for ASD. These plans are focused on removing the food items that cause allergies and including vitamins and mineral supplements. 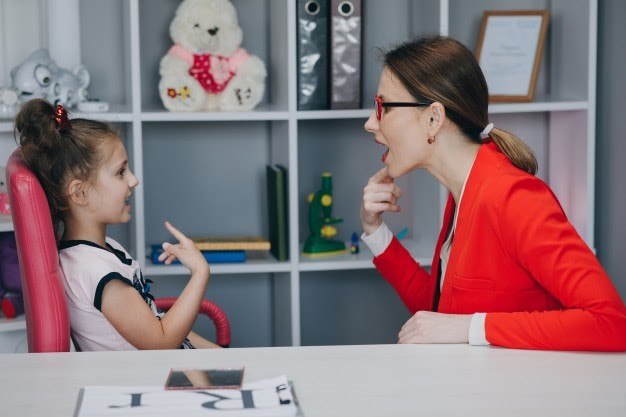 Parenting a Child With ASD

Parents have to spend most of the time with their autistic kids. So they can play a vital role in the treatment and wellbeing of their child. Apart from therapies, medication, or other treatments, some simple and basic things can make a huge difference.

Here are some tips for the parents of children with autism:

These tips can help you handle your child with ASD. Moreover, you can also get your child an emotional support animal (ESA). ESA helps autistic people with meltdowns by providing comforting and calming interactions. The ESAs are usually friendly, loving, and compassionate creatures that can become the best companions.

To get an ESA, all you have to do is get an emotional support animal letter. The ESA letter is a prescription from a mental health provider that specifies the mental disability. It makes you eligible to live and travel with your ESA. you can get a valid ESA letter from RealESALetter.com at reasonable prices.