What Do Dogs Dream About?

Home » Blog » What Do Dogs Dream About? 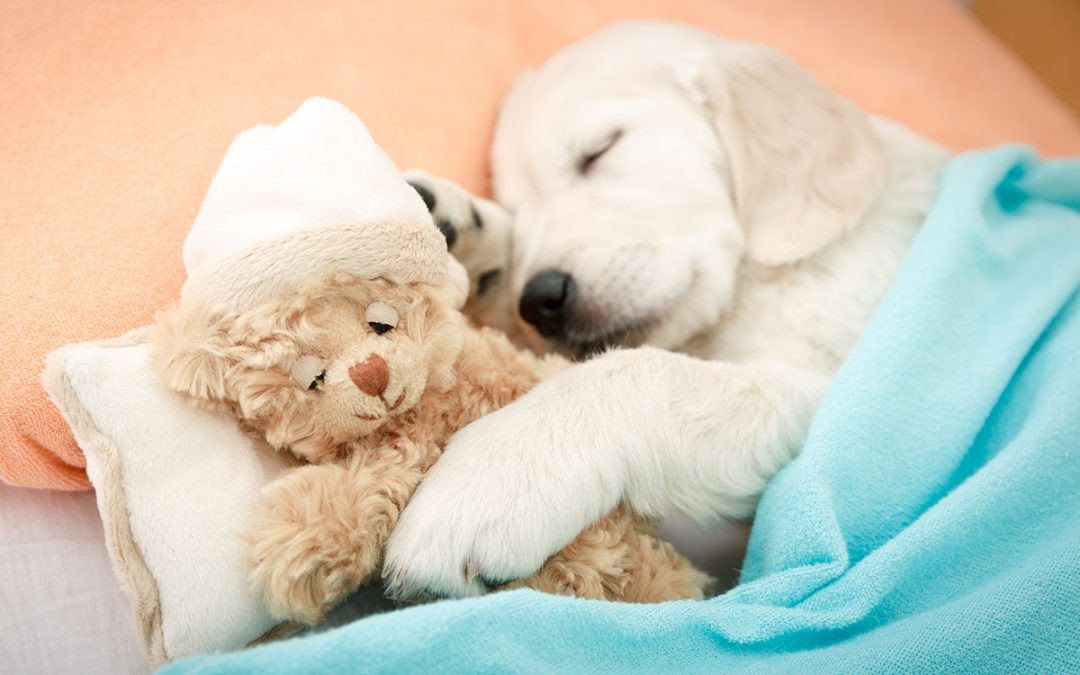 Pet owners believe that dogs are just like us humans!

They dream the same way a human dreams.

If you own a dog, you must have noticed how your dog quivers and twitches in sleep — giving the impression that he is chasing after someone in his dream.

Dogs sleep more than humans do; however, their sleep structure is quite similar.

But do dogs dream as humans? How do we find out if they dream as we do?

This blog answers all the questions.

In 2001, a study was conducted on rats’ brains to find out that they have the same brain activity as us. The study confirmed that rats do in fact dream in their non-REM sleep. This study helped to confirm that mammals do have the ability to dream.

Because, at a structural level, our brains are similar to that of dogs we have a lot in common. Therefore, they go through the same stages and have the same brain wave pattern.

If you find your emotional support dog breathing heavily while sleeping, he is in the short-wave sleep stage (SWS).

Theories have shown that when dogs dream, they are in the rapid eye movement (REM) cycle of sleep and the twitching or moving their paws is a sign of dreaming.

What Do Dogs Dream About?

Let's take a look at what your four-legged companion's dreams are like?

We know that the electrical activity in the brain causes dreams; this also holds true for dogs. Their dreams are a succession of images too.

While this can occur during any stage of sleep, vivid dreams, however, occur when dogs enter a deep stage sleep. Once there, they start breathing heavily and have other involuntary movements such as rapid eye movements, moving all four of their paw

This stage is also called rapid eye movement (REM) stage for this matter.

Now that we have established that dogs dream too, the nature of these dreams is not known to man.

Obviously, we can't have a dog explain and tell us the details of his dreams. So, we can only assume that their dreams consist of their daily activities such as chasing after a bird or something, playing and eating.

Similar to how our dreams are centered around our daily activities.

Are you wondering if your dog ever dreams of you?

It is possible because dogs relive the moments that happened while they were awake. So, whatever they saw or did can come up while they are dreaming. This explains the twitching and other movements they make while dreaming.

Humans and dogs have another similarity that is a part of the brain stem called the pons. It paralyzes the large muscle in both humans and dogs during sleep. This stops them from acting out their dreams.

There have been studies when they temporarily deactivated the muscle-paralyzing part of the brain, to get a closer look at what dogs dream about. As they start acting out their dreams with the offline pons. This condition in humans is called a REM sleep disorder.

For the longest time, people have believed that only humans are capable of dreaming.

But that is not true; studies have shown that dreaming is common in most of the vertebrates.

How Long Do Dogs Sleep For?

How does my dog sleep so much?’

Do you envy your dog, watching him sleep peacefully all the time?

This is because we have different sleep cycles; we humans can sleep for long uninterrupted hours. Dogs do sleep longer than us, but they don’t sleep at a long stretch. Their sleep is broken down into several short intervals.

Mostly, dogs copy our sleeping patterns. Often, we find them sleeping through the day because they don’t get enough sleep at night.

Do All Dogs Dream in the Same Way?

Research shows that young and small dogs dream more frequently as compared to larger and older ones since they take naps more often.

But smaller dogs don’t dream for much longer. Their dreams don’t last as long as an older dog would. For example, a Maltese may dream every 10 to 20 minutes which will last for almost five minutes whereas a German Shepherd dreams every two hours which lasts for a longer time period.

Do Dogs Have Nightmares Too?

While this hasn’t been scientifically proven yet, you can tell when your canine companions are having a bad dream. Probably when they are screaming and kicking in their sleep. Similarly, just like we do not know why we have nightmares the same way, why dogs or cats have nightmares is also an under research topic.

Should You Wake a Sleeping Dog?

Remember do not wake them up abruptly when they are having a bad dream as it can cause more damage and scare them even further.

However, if you want to help your dog and calm them down; use CBD treats and oil. They have been proven beneficial by many dog owners and veterinarians.

Is your emotional support animal a cat? Are you wondering if it dreams too? Or do cats have nightmares also?

The answer is yes, cats too are similar to humans in this aspect. If you find your furry friends’ whiskers twitching, paws moving, they are chasing after an insect or bird in their sleep.

Does your pet also take frequent naps and make sudden movements and sounds? Do you think they are dreaming of you?

What Does it Mean When a Dog Makes Noises in Sleep?

Does your dog make funny and weird noises when sleeping? Don't worry, it is completely normal.

Dogs make a number of sounds when sleeping. These sounds include whimpering, barking, growling, muscle twitching and even running. All of it is part of the dreams that they are having at that time.

Usually, dogs dream about what they do during the day. Here are the reasons behind some common doggie-in-sleep behavior:

Besides, there could be many other reasons and types of sounds that your dog could make in his sleep.

Subscribe to get the latest news about Emotional Support Animal regulations. (it’s FREE)

You will be charged after 365 days.You can cancel your renewal at anytime by emailing
info@RealESAletter.com