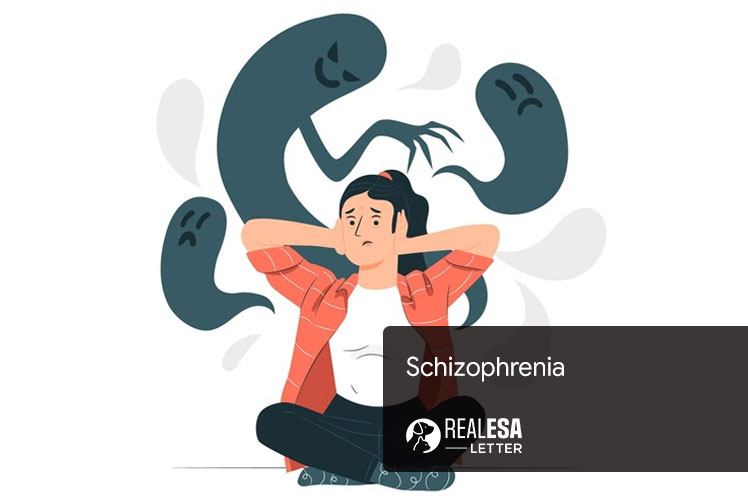 Schizophrenia is a chronic mental disease that is misunderstood by many people. People do not have enough knowledge about this disorder. It is one of the serious types of mental disorders in which people interpret reality abnormally.

In this blog, you will get the details about schizophrenia disease. Let's start reading!

Schizophrenia definition states that it is a chronic brain disease in which a person interprets reality abnormally. It is a severe long-term brain disorder that affects how a person thinks, behaves, acts, or feels. Schizophrenia meaning: “it is a mentality or approach characterized by inconsistent or contradictory elements.”

It is a mental disorder that involves the relationship breakage between emotions, thoughts, and behavior. It leads to the wrong perception and inappropriate actions. It is a mental fragmentation in which a person withdraws from reality and personal relationships into delusion and fantasy.

People with schizophrenia require lifelong treatment even if their symptoms get better. They need to take the antipsychotic medication their entire life. Psychosocial therapy can also help in managing the symptoms. However, in a few cases, hospitalization may be required.

The exact cause of schizophrenia is still unknown. However, the known causes include brain chemistry, genetics, and various environmental traits. The nature of schizophrenia causes is complex, and they are not fully understood. Therefore, the treatment is focused on managing the symptoms and normalizing the day-to-day functioning rather than curing the disease.

Schizophrenia research studies are looking into new ways to detect, treat, prevent, and mitigate the disease. Research on the causes of schizophrenia strongly suggests that a little brain’s chemical balance disorder will be heavily implicated.

It is associated with an excess of receptors for dopamine. Dopamine is a type of neurotransmitter that our body makes, and our nervous system uses to send messages between nerve cells. The dopamine hypothesis of schizophrenia states that hyperactive dopamine transmission results in schizophrenia symptoms. Researchers are still not sure about these significant causes, but they indicate it is a brain disorder.

Symptoms of schizophrenia may vary from person to person. Usually, it involves distorted thoughts, paranoia, hallucination, delusion, disorganized speech, and impaired ability to function. The signs of schizophrenia fall into four different categories:

Positive symptoms or psychotic symptoms are such symptoms that are abnormally present. They include hallucination, delusion, and thought disorder. People with positive symptoms may not be able to distinguish reality from imagination. They may experience the world in a distorted way.

Negative symptoms are such kinds of symptoms that are abnormally absent. They include loss of motivation, decrease or loss in the ability to initiate a plan, etc. It is basically the lack of ability to function properly.

Lack of emotions, negligence of personal hygiene, or unable to make eye contact are a few examples of negative symptoms. Moreover, an individual experiences the following things:

The most common early signs of schizophrenia include insomnia or oversleeping, depression. Lack of feeling emotions, social withdrawal, ignorance of personal hygiene, and disordered speech also included. These warning signs may be the result of various reasons, not just schizophrenia. However, these are the signs that a person is having some mental problem, and he needs help.

Moreover, men and women both are equally likely to get this disorder. But, men tend to get the early onset of schizophrenia. The ages of onset usually tend to hold after puberty.

Individuals are usually diagnosed in their late teens to early 30s. People less than age 12 and more than 40 rarely or hardly develop this disorder. 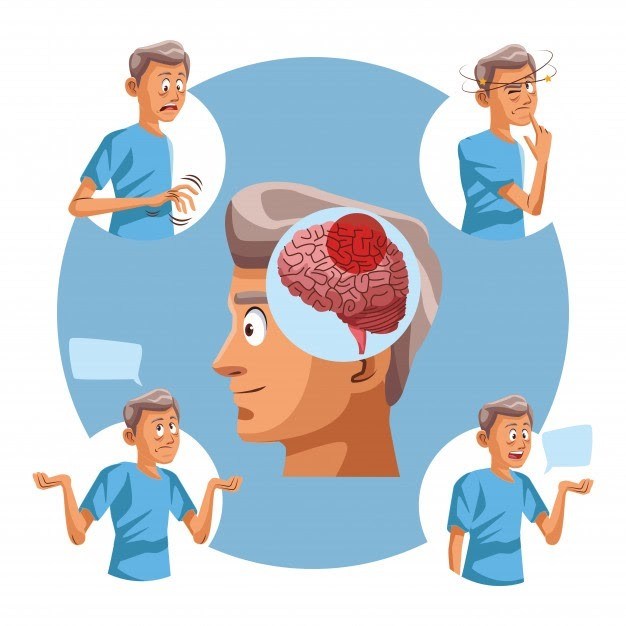 It is a mental disease that indicates a brain disorder. It affects an individual's behavior and thoughts. Schizophrenia affects how a person thinks, behaves, feels, or acts. It affects the sense of what is real.

Experts are now considering it a spectrum disorder related to various mental disorders that share some symptoms. There are five different types of schizophrenia:

People with schizophrenia have any of these subtypes of schizophrenia for at least six months. The early schizophrenia onset is usually paranoid schizophrenia symptoms. However, there could be a time when people did not have any symptoms at all. But the first one started six months ago, and people have continuously experienced it for a month.

Schizophrenia can be diagnosed if you are experiencing one or more of the symptoms mentioned above. A mental health professional needs to check your complete medical history and perform physical examination. There is no laboratory testing available for this disorder. But, doctors use various diagnosis tests like CT scans, MRIs, or blood tests.

The DSM-5 (Diagnostic and Statistical Manual of Mental Disorders) is a standard reference book for recognized mental illnesses. It is published by the American Psychiatric Association (APA). According to DSM-5, a person who has schizophrenia must continuously show two or more symptoms for one month.

One of the symptoms must be delusion, hallucination, or disorganized speech. Other core symptoms may include loss of emotional expression and gross disorganization. Some other criteria for the diagnosis of schizophrenia include:

Diagnosing schizophrenia involves ruling out stress, depression, bipolar disorder, or any other mental disease. It involves determining that the symptoms are not due to any medical condition, medication, or substance abuse.

Schizophrenia is very rare in children. It usually starts from mid to late teens. There are very few chances that a child younger than age 12 gets this disorder. Childhood schizophrenia is rare and hard to spot.

The following key symptoms may help in diagnosing schizophrenia in children. The early onset symptoms may include:

A few of these symptoms are also related to autism and other pervasive spectrum disorders. Therefore, ruling out the development disorder is the first step in the diagnosis. However, the late onset of schizophrenia symptoms in childhood may include:

Teens and children experience almost the same symptoms, but hallucination is more commonly experienced by children. Other symptoms like delusion or thinking disorder are more common in adults. These symptoms are the warning signs, so make sure you consult your child’s healthcare provider.

Diagnosing schizophrenia as early as possible may improve your’s or your loved one’s chances of managing the symptoms. If proper medication, care, therapy, and treatment is provided in time, the patient can have a normal and better life.

Schizophrenia requires lifelong treatment. It is not curable, but proper care and medication can help manage the disorder. Treating such disorders is very complex, but the right medication and therapy, self-care can help a patient have a better life. There are very few cases when hospitalization is required; most of the patients get better with medication.

The most common treatment for schizophrenia is medication. Medicines are used to control the symptoms by targeting the brain neurotransmitter dopamine. The goal of treating schizophrenia with medicine is to manage the symptoms at the lowest possible dose effectively. Different medicines, dosage amounts, or combinations over time, achieve the required results.

Medications may take several weeks before they show effective and noticeable results. There are many side effects of using schizophrenia medication that is why people may be reluctant to take them. The following medication is used for schizophrenia treatment:

The other treatment is a psychosocial treatment that is more effective than medication. Supportive psychotherapy, cognitive behavioral therapy, behavioral skill training, or cognitive remedy may help address the disorder. Schizophrenia treatment is complicated; misuse of any substance may result in severe disorder.

There are very few cases when hospitalization is required. It is only required when the disorder takes severe shape, and no treatment is making an effect. Hospitalization becomes essential to ensure proper hygiene, adequate sleep, proper nutrition, and ensure safety.

The most effective strategy for treating schizophrenia is the combination of medication, therapy strategies, social support, and lifestyle changes.

Schizophrenia is a chronic mental disease, but most people fear that this disorder is not based in reality. It is a kind of disorder that makes it challenging to distinguish between what is real and what is not. The actual cause of schizophrenia is not discovered yet, which is why there are many misconceptions about it.

An emotional support animal (ESA) helps in dealing with any kind of mental health disease. They can be a source of stability and consistency in the face of unpredictable mental disease symptoms.

If you are thinking of having an ESA, get an ESA letter from RealESALetter.com. You can have your ESA letter within just 24 hours written by a professional health provider.