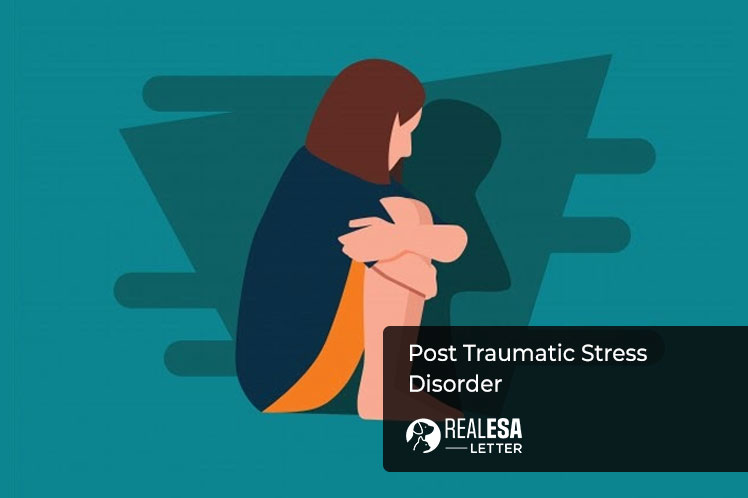 Post Traumatic Stress Disorder (PTSD) is a condition of persistent mental or emotional stress occurring to a person due to psychological shock or a traumatic event. Any shocking event, including combat, accident, natural disaster, sexual assault, etc., can be life-threatening and cause traumatic stress.

Sometimes traumatic stress occurs without a person experiencing a dangerous occasion. Events such as the death of a loved one, romantic breakup, and other unexpected ones can result in serious traumatic stress disorder.

Identifying the symptoms and getting aid at the right time can help you treat PTSD better. If you have experienced an unfortunate event and wish to learn more about this disorder, continue reading the article.

Post Traumatic Stress Disorder (PTSD) is defined as a condition in which a person is in persistent mental and emotional stress. This stress is a result of an unfortunate event or a traumatic experience.

When the stress is caused by life-threatening events such as war, assaults, car accidents, or a natural disaster, it can lead you towards PTSD. Not only physically dangerous but emotionally charged incidents such as death, breakup, or other challenging events can make a person develop PTSD.

PTSD is a disease that has been prevailing for a very long time but with different names. During World War I, the experts used to call this disorder a “shell shock,” while in World War II, it was known as “combat fatigue.”

However, it is essential to keep in mind that PTSD does not only happens to war veterans. This disorder can develop in any person from any race or ethnicity of any age.

The condition of PTSD can last for months or years. There are situations when your disorder triggers and bring back memories or experiences of trauma by intense physical and emotional reactions.

Post Traumatic Stress Disorder is a single condition, but on people’s symptoms, experts have developed subtypes and call them “specifiers.” this is to make the diagnosis and treatment easier for the doctor as well as for the patient.

Following are the common types of PTSD.

Post Traumatic Stress Disorder is a condition that occurs as a response to chemical and neuronal changes in the brain after experiencing threatening or dangerous events. It can disrupt your activities and can influence your ability to function.

Mental health professionals have categorized the symptoms of PTSD into four groups:

Identifying and analyzing the symptoms of PTSD or any disease is important to treat it rightly on time. Avoiding the symptoms can lead to severe disorders that can be life-threatening.

According to a study by American Psychiatric Association (APA), women are twice as likely to get PTSD as men. Moreover, the symptoms slightly differ from that of men. Women generally face the following symptoms that can result in PTSD:

Research shows that the symptoms of PTSD in women last longer than in men. According to the U.S. Department of Health and Human Services, Office of Women’s Health, women wait around four years to see a doctor when their symptoms start while men approach medical aid within one year.

The symptoms of PTSD in men are common. They go through intrusion, avoidance, cognitive and mood issues, and reactivity and arousal concerns. These symptoms start to show up within the first month of the shocking event.

Every person who has PTSD has different symptoms as it depends on the person’s biology and the impact of the traumatic experience.

Post Traumatic Stress Disorder is developed when a person goes through a stressful, frightening event or a prolonged shocking experience. The events may include actual or threatened death, sexual violence, serious injury, etc.

Mental health experts are not sure why some people tend to develop PTSD and others do not. But they believe that, like other disorders, PTSD is a complex mixture of several elements and features.

Following are the causes of PTSD that professional’s have concluded after years of research and study:

PTSD is a common disease, and the ratio of people that experience this disorder is 1 to 3 who go through severe trauma.

In addition to this, PTSD is also caused by medical reasons. If a person experienced a life-threatening medical emergency, he would have a tendency to develop PTSD. Not only do the serious medical conditions result in PTSD, in fact, if you keep reliving and thinking of an insignificant or minor event, it will result in PTSD.

Some women formulate PTSD after giving birth to a child. It is known as Postpartum PTSD. This condition is caused when a woman witnesses pregnancy complications or gave birth too early.

Following are the factors that increase the risk of postpartum PTSD:

There can be several causes of PTSD. There are cases when people have different mental health disorders, and they end up having PTSD.

It is hard to categorize people who can or can not develop PTSD. It is a disorder that can aim at any person of any age at any moment of life. However, there are some factors that will make it more likely to develop PTSD in people after a traumatic episode.

Mental and physical health plays a vivid role in minimizing as well as maximizing the risks of PTSD.

In order to cure and treat PTSD, it is essential that you get diagnosed with the condition in time. Without proper diagnosis from the expert, it will become harder to treat the condition. Unlike other diseases, it is hard to diagnose PTSD as there is no specific test for it.

In some cases, when people resist or hesitate to recall or discussing the traumatic event, it gets difficult for the doctor to diagnose the disorder.

Generally, a psychiatrist, psychologist, or psychiatric nurse practitioner diagnose a patient with post-traumatic stress disorder on the basis of:

For diagnosing the person with PTSD, a professional requires to expose the person to the actual event to analyze the reactions.

If you keep on experiencing the problems after a month of a traumatic incident and you observe difficulty in functioning socially or officially, you might have PTSD.

PTSD, like other disorders, can be treated if diagnosed in time properly. It is possible to regain a control of your life by treating PTSD with the right methods provided by mental health experts. Generally, PTSD has two effective treatments; psychotherapy and medication.

A professional can prescribe one or a combination of these two treatments to cure PTSD. Sometimes, getting an emotional support animal is also a helpful option.

The one most common treatment of PTSD is psychotherapy. According to the severity of the disorder, several therapies are done on adults and children to cure PTSD. This treatment includes the following therapies:

Psychotherapy assists the patient in developing the skills that help him handle stressful situations and guide him on how to better cope with them. This approach lets the person gain control over his memories and stress that triggers PTSD.

Along with psychotherapy, medication can be really helpful in treating PTSD. Some doctors combine the two treatments to get rid of chronic PTSD permanently. The following medicines are commonly prescribed by doctors to PTSD patients:

To ensure the effectiveness of the treatment, a person has to take some steps on his part as well. For example, the lifestyle of the person has to do a lot in treating PTSD through therapy and medication.

Taking a healthy and balanced diet and exercising daily can help your mind and body fight the disorder better. Moreover, it will help you concentrate on your tasks and gain control over your thoughts and feelings.

You can simply get an emotional support animal through an ESA letter prescribed by a mental health professional.

There are no defined ways to prevent traumatic and shocking events in your life. However, if you have survived these incidents, you can prevent the symptoms that cause or trigger PTSD.

One very effective way is to have a support group of people in your life on which you can emotionally rely and trust. Talk to your partner, friends, family, or even a therapist about your feelings and experiences.

It will help you relax your mind and get control over your life. Moreover, it may be hard, but a person should try to change his thinking pattern in order to prevent PTSD. When you start picturing yourself as a survivor and not a victim, you will have the strength to face and overcome your fears.

PTSD can be really damaging for health if not treated in time. People with PTSD should identify the symptoms and get the right treatment before they fall prey to suicidal thoughts.

What are the 4 types of PTSD?

Following are the four types of PTSD.

Regardless of gender and age, any person can suffer from any type of PTSD.

What are the stages of PTSD?

The 4 stages of PTSD through which a person goes include:

What does PTSD do to a person?

PTSD forces a person to get intense feelings and disturbing thoughts about the traumatic event after it has ended. People with PTSD relive and experience the event through flashbacks and nightmares.

What happens if PTSD is left untreated?

If left untreated, PTSD can cause several issues such as chronic pain, depression, anxiety, substance misuse, and sleep disorders. It also influences the person’s ability to work and interact with people.

What is the difference between PTSD and moral injury?

PTSD is a condition that focuses on fear-related symptoms, while moral injury deals with guilt, shame, and anger. However, the causes of moral injury can lead to post-traumatic stress disorder.

People with PTSD find it hard to concentrate on work and trouble remembering things. It impacts their memory, which is a vivid symptom that a person has post-traumatic stress disorder.