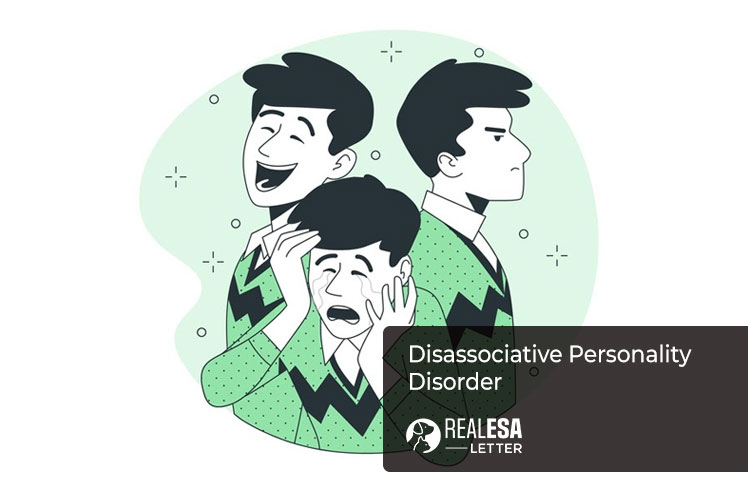 Do you know dissociative identity disorder can cause problems with behavior, perception, emotion, identity, and memory? It is one of the severe types of mental disorders that can cause potential disruption in every area of mental functioning.

Nowadays, dissociative identity disorder is becoming very common in people, but most of them have undiagnosed dissociation disorder. According to statistics, 0.01% to 1% of the general population suffer from DID, and almost 7% may have undiagnosed DID.

People with Dissociative Identity Disorder usually feel disconnected from themselves and everyone around them. This disorder is frequently associated with previous experience of trauma. In this article, we’ll explain everything about DID; its causes, symptoms, types, and treatment.

What is Dissociative Identity Disorder?

Dissociative Identity Disorder is a complex psychological condition that is becoming prevalent in people with time. It can be caused due to many factors, which may include traumatic events experienced during childhood. According to American Psychiatric Association (APA), the dissociative identity disorder definition states:

“It is a type of mental illness that can be characterized by alternating between multiple personalities.”

DID is commonly known as multiple personality disorder that involves disruption or breakdown of perception, identity, or memory. People from all age groups, socioeconomic backgrounds, and ethnicity can experience DID. Around 75% of people experience at least one episode of DID in their life.

What are the symptoms of Dissociative Identity Disorder?

DID is usually characterized by the presence of two or more split or distinct personalities or identities. These states have continuous power over the behavior of a person. There is also an inability to remember or recall key personal information. Other common Dissociative Identity Disorder symptoms may include:

Not every person experience DID the same way; for some people, different identity states have their own age, sex, or race. Each has a distinct way of talking, its own gestures, and postures. Usually, the alters are imaginary people, but sometimes they are animals or some other species. According to the Diagnostic and Statistical Manual of Mental Disorders (DSM-5), DID influence a person’s lives in the following ways:

The signs of DID completely depend on the type of dissociative disorder a person is experiencing. However, it is mostly associated with childhood trauma and is believed to be the main cause of DID.

DID is both an old and new personality disorder associated with overwhelming experiences or traumatic events. Usually, people with DID have split or multiple personalities. However, some people may not be aware of other personalities or remember the times when the other one is dominant. Examples of dissociative identity disorder include:

These examples are commonly observed in people with DID. It has also been observed that a person with DID does not have control over their behavior. However, these behaviors and identities are unwanted and occur involuntarily while causing distress.

More often, DID causes discomfort and problems in work and personal relationships and creates chaotic life. But in some cases, it brings benefits for people in particular situations, for example:

Each of the ‘alter’ personalities controls a person’s thoughts and behavior. It is also called “Switching”, which means becoming one person to another. It may take seconds to minutes to days and so on.

People do not have enough information about DID, and they have several questions about it. Do some people ask what type of abuse causes dissociative identity disorder? And some usually ask what kind of trauma leads to dissociative disorder? Below we have tried to answer all of your concerns and queries about DID.

There are not so many causes of dissociative identity disorder. However, it is usually associated with continuous and repetitive traumatic experiences. It mostly forms in children exposed to long-term sexual, physical, or emotional abuse. The traumatic events can be associated with war, natural disaster, or accidents.

A history of trauma is a key feature of DID, and about 90% of the cases have a history of abuse. Prolonged isolation, an early loss of an important person, such as parents, may also be the causes of developing DID.

People with dissociative identity disorder dissociate themselves from their surrounding environment, situation, and people. This dissociation is considered a coping mechanism that a person uses to disconnect from a traumatic or stressful situation. It may also be for separating normal awareness from traumatic memories. It is a way for people to create distance from an awareness of surroundings or disconnect themselves from the outside environment.

Dissociation can serve as a defense mechanism against the pain of the stressful or traumatic experience and physical or emotional abuse. A person can maintain a healthy level of functioning by dissociating from painful memories, as though trauma has never occurred. But, DID episodes can be triggered by various symbolic or real traumas, including reminders of childhood abuse, stress, illness, or accident.

How to Diagnose Dissociative Identity Disorder?

Diagnosing dissociative identity disorder is hard, and it takes a lot of time. According to research estimation, a person spent approximately 7 years in the mental health system before an accurate diagnosis. This is because the symptoms of DID are very similar to many other mental health problems.

In fact, people who have DID usually have coexisting anxiety, depression, or a borderline personality disorder with dissociatives. However, the following criteria are defined by DSM-5 for the diagnosis of DID:

However, the distinct personality symptom provides a better and clear insight in diagnosing DID than any other symptom. That is why it has given the most important in the diagnosis mechanism.

What Treatments are available for Dissociative Identity Disorder?

Since there is no complete cure available for DID, long-term treatment can be beneficial if the patient shows commitment. The goal is to relieve symptoms, ensure the patient’s safety and the people around him. Treatment also aims to reconnect the distinct personalities into one well-functioning and integrated identity.

Moreover, no formal or evidence-based guidelines are currently available to treat DID. All treatments are based on case reports, and few of them are even controversial. However, with appropriate treatment, many people successfully report symptoms, improve daily function, and live a productive life. The treatment can also improve optimal functioning, relationships, life hacks, and the ability to express and process painful memories.

The best treatment plan entirely depends on the individual, severity of symptoms, and identifiable triggers nature. The most effective treatment involves the combination of therapies and medication.

Therapies are the effective treatment for any kind of mental health problem, so is for the DID. It helps people to have control over the symptoms and dissociative process. The therapy could be difficult and intense as it involves remembering and coping with the traumatic event experienced in the past. The following therapies are commonly used for DID:

There are no established medications to treat DID, which makes therapy treatment the mainstay. However, anti-anxiety or antidepressant medicines or medication used for other disorders like depression and anxiety can be used for DID. But, these medicines are only effective when given with the therapy.

Though an emotional support animal can be of benefit for people with DID. ESAs are proved to be the best companions for people with any kind of mental disorder. Therefore these animals are beneficial for DID patients as well. If you have a pet animal, you can make him your ESA by getting an ESA letter.

Get your ESA letter from RealESALetter.com as quickly as 24 hours and at reasonable prices.

What is a dissociative episode, and long does it last?

A period of dissociation is referred to as a dissociative episode that involves disconnection between memories, feelings, surroundings, or identity. The episode can be of few minutes, or it may last for weeks or months. In certain severe cases, it sometimes lasts for about a year.

What happens when you dissociate?

When a person dissociates, he feels disconnected from his own self, feelings, memories, and thoughts. People feel detached from their own bodies and dissociated from their surroundings and the whole world. The world may seem unreal or far away, foggy, or distorted that can’t be reachable.

How do you know if you have dissociative identity disorder?

What are the risk factors associated with DID?

People who are the victims of dissociative identity disorder are at high risk of getting the following other mental disorders:

Many famous people have experienced dissociative identity disorder. Some of them have written books or discussed their struggle with DID. The commonly known famous personalities with DID are: