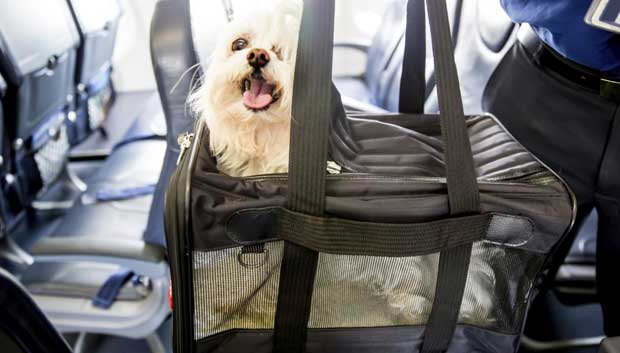 Are you looking to fly with your emotional support animal? Luckily, you can still travel with your animal, but the Department of Transportation has changed and updated some rules.

As of now, several airlines have changed their policies, and now, most of them do not recognize emotional support animals differently from a pet in terms of charges and pet fees. The department has also introduced new policies and tightened the rules about which animals can fly on the plane.

The new DOT guidelines have caused several airlines to update their policies regarding emotional support animals.

The airlines have been raving about the new rules, and they can't wait to implement them. These changes directly result from those pesky passengers who bring their poorly trained animals on flights- something that has effectively ruined many an otherwise enjoyable flight for everyone else sitting nearby.

In many cases, the passengers brought animals like pigs, ducks, and monkeys that are difficult to handle and could be dangerous for other passengers.

The new rules and policies went into effect in March 2021, and the airlines are adopting those policies. Airlines will decide whether or not they allow emotional support animals on their flights, which could open up a whole new world for those with mental health issues.

American Airlines' emotional support animal policy stated that they would only allow well-trained and behaved service animals and pets on flights.

Some airlines are still accepting emotional support animals, and all airlines are required to accept psychiatric service dogs.

There are a lot of animals that you can't bring on a plane. This includes emotional support cats, ferrets, spiders, and pigs.

But there are some animals that you can bring. These include trained service dogs, and they need to be in a carrier or on a leash.

The US Department of Transportation announced in December 2020 that emotional support animals are no longer considered essential service animals. This means that airlines are not required to allow them on board with their owners for free.

Airlines can request documentation or 48 hours notice before bringing an emotional support animal or psychiatric service animal on a flight.

You are allowed to have a service animal with you on an airplane. The service animal must be able to fit under the seat in front of you, or if it is small enough, it can sit on your lap. Airlines cannot refuse to let your service animal travel with you just because other passengers or crew members are uncomfortable.

To be on the safe side, you must communicate with the airline before boarding your plane with your emotional support animal.